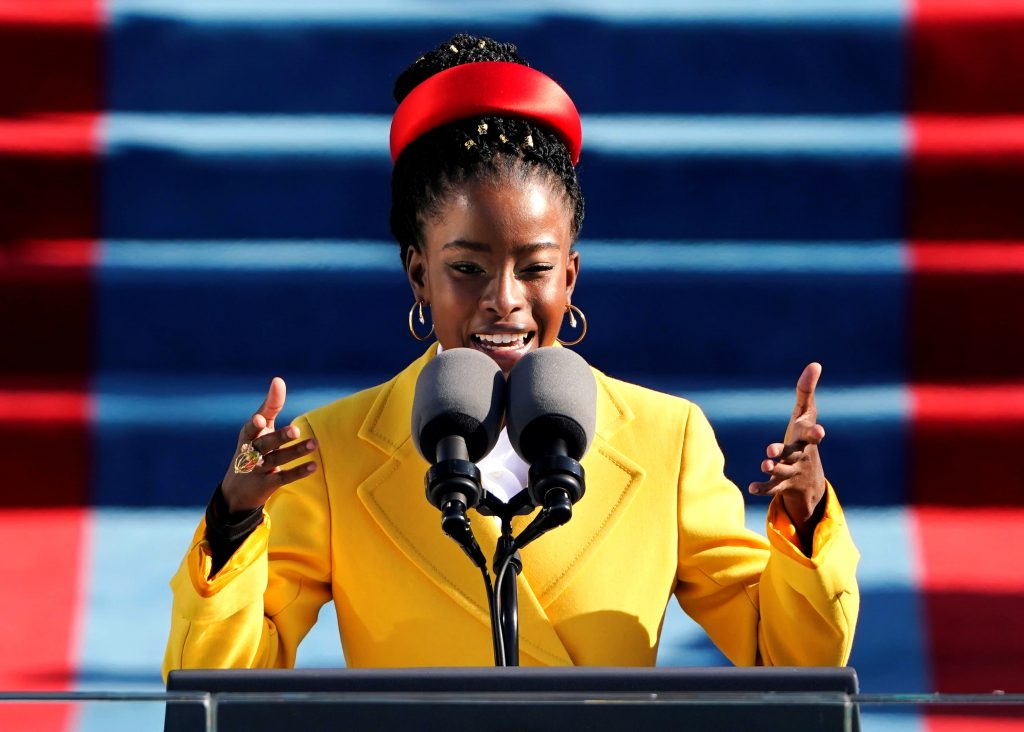 At 22, Amanda Gorman is already a Harvard graduate and poetic genius, capturing the Power, Majesty and Potential of the American Dream as eloquently as she captures its dark underbelly of hate and division – she brilliantly weaves a word network that connects every literate reader to her New North Star of Social Awareness and Consciousness.

Amanda has an older brother Spencer and a twin sister Gabrielle who is a filmmaker and activist, all parented by a single Mom Joan Wicks who is an English teacher and an obvious Super Mom. At age 16 Amanda became the Youth Poet Laureate of Los Angeles and in 2017 she was named the first ever National Youth Poet Laureate. So when Dr. Jill Biden, America’s first lady discovered her reciting her poetry at the Library of Congress Amanda’s destiny became aligned to the presidential inauguration; it was the platform that launched her like a rocket throughout the literate world.

Amanda is no longer just a poet laureate, but a celebrity poet and author whose real superpower is her perseverance which has driven her to overcome a speech impediment to become a world class orator; her speech impediment was caused by an Auditory Processing Disorder which made pronouncing certain words almost impossible. Amanda Gorman has made it just a little easier for Black and Brown parents to understand that our children all have the role models and the potential to pursue their passion and purpose.