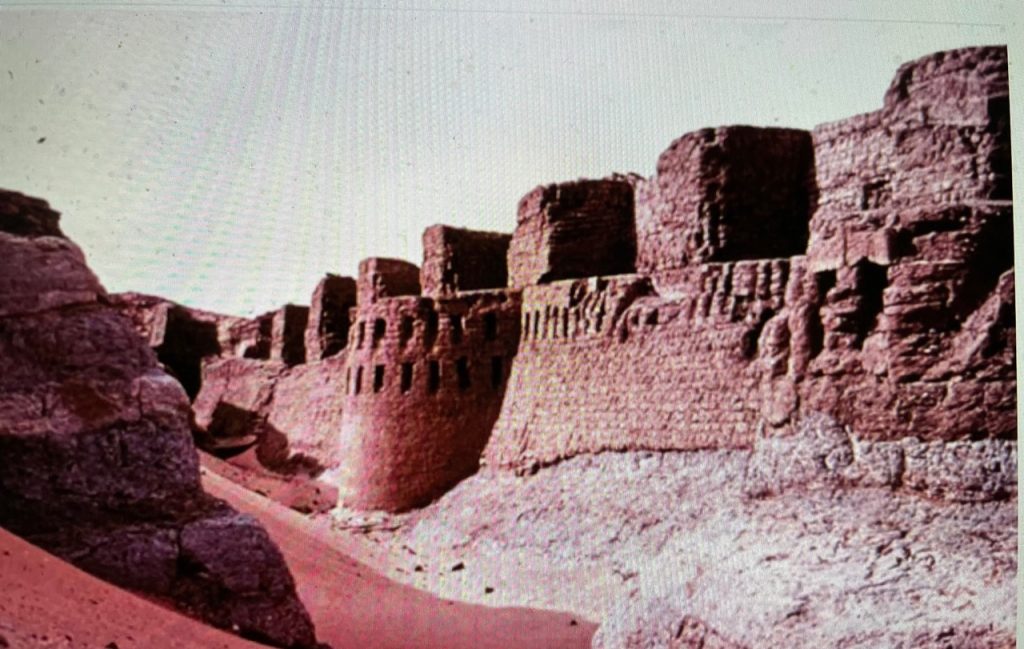 In Kemet (Egypt) circa 3000 B.C. we founded the very concept of civilization. The idea to cease being nomadic hunter-gatherers, and to settle down, develop land, government, organized religion, mathematical and medicinal sciences, to study, chart the courses of the stars in the universe, and to divide time into years, months, days, minutes, and seconds was founded in Kemet thousands of years before there was a Greece. The notion of a heaven and hell, the day of judgement, the concept of a genesis, the idea of divine birth, immaculate conception, angels, and the resurrection, were all concepts developed in Kemet and chiseled into stone on the walls of temples and pyramids for the world to see and know who did it and when it was done. By harnessing the power of writing and putting down our thoughts and ideas we created history itself.

Through thousands of years of civilization and history we understood political and military science, and originated the idea of projecting military and political power. We conceived of and built the world’s first forts, and the construction of castles to house military forces of offense and defense is an African origination long before the knights of Europe. The massive fortress at Buhen constructed in 1860 BC.,  housed 1,000 soldiers, 300 archers and their families. The Africans of Kemet even sent military expeditions and established foreign outposts as far as the base of the Caucasus Mountains in Europe to keep barbarians from even thinking about coming down into Africa and invading Kemet. For the first twelve dynasties of Kemet, there were only two nation states on the planet, Kemet and Nubia.  However, after hundreds of years of successive invasions and colonializations that weakened the culture and empire, Kemet ultimately fell to Macedonia under Alexander the Great in 322 B.C. and Rome in 30 B.C. after the defeat of Cleopatra VII and Marc Anthony.

Rome would continue to rule Egypt, adopting and co-opting Egyptian customs, religion, mathematics, science and culture as Cleopatra did during the Macedonian Empire in Egypt before the Roman Empire. It was during this period of Roman colonization that Christianity would rise up and challenge Roman domination. Here, African women such as Felicity and Perpetua along with Maurice, Isadore, Joseph, and Augustine would be martyred as some of the first Saints, forming the foundation for Christianity itself which would later become Europeanized after the Nicene Council in 325 A.D. by Constantine. 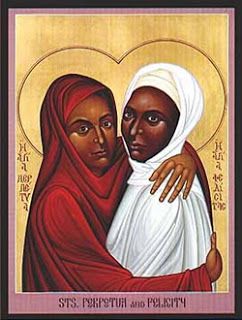 After the closing of Egyptian temples in 553 A.D., the Egyptian priests had to flee for their lives. It is widely held that it was the spreading of Egyptian religious philosophy, and culture into the east by the priests would manifest itself again as Buddhism, Taoism, Confucism, and Shintoism. Even the martial arts itself would be picked up from the Egyptian priests and elevated by the Oriental world. None of these religions or arts existed before the closing of the temples in Egypt and the scattering of its priests to parts eastern.

When Islam arose out of Arabia and swept into Egypt and across North Africa liberating land from Rome, the Africans who accepted Islam and joined the forces of The Prophet Muhammad and one of his most trusted companions the Ethiopian; Bilal became the “Moorish” force; conquering, liberating, colonizing, and spreading science, mathematics, culture, and Islam throughout West Africa and up into Europe through the Iberian Peninsula of Spain and Portugal. When the Moors led by General Tariq invaded Europe in 711A.D. by crossing the Mediterranean Straits he would leave his name there in stone. Today they are known as the Straits of Gibraltar (Geb al Tar) “the mountains of Tariq.” However, the Moorish army was stopped, in what today is France by Charles Martel’s Frankish tribes. Thus, the Moors had to settle for conquering Spain and Portugal where they stayed and developed civilization, mathematical, architectural, and physical sciences for 800 years. When they were finally overthrown in 1492, they left their castles which were occupied by the Spanish. But more importantly, their knowledge of science, mathematics, seamanship, and accumulated wealth allowed King Ferdinand and Queen Isabela to finance Columbus on his mission to “the new world”, establishing European supremacy and domination. The supreme captain of this expedition was a Moor, Pedro Nino who piloted the lead ship; The Nina, changing to course of history. The Moors were Black inhabitants across North Africa who had become colonial subjects of Rome after the fall of the mighty Empire of Carthage which had controlled the entire Mediterranean and fought three Punic Wars with Rome after the African Genius and leader of Carthage, Hannibal crossed the Alps and sacked Rome with 90,000 Black men and a herd of African elephants in 218 B.C. 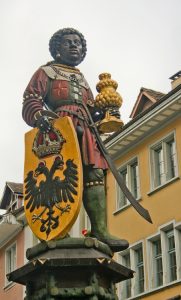 As as these Moorish/Islamic forces began to expand into Africa as they declined in Spain, they would found and inspire the great African kingdoms of Mali, Timbuktu, Songhai, Benin, and the mighty Ashanti Empire. But as they began to war with each other, destruction and decline followed. Therefore, when the Spanish and Portuguese finally arrived in West Africa in the 16th century they found an Africa divided and weakened which made easy pickings for the slave trade. Depleted of its best, youngest, and brightest, Africa would become ripe for colonization. Even the last mighty military Kingdom of Shaka Zulu in Southern Africa fell victim to European treachery by 1840. However, the colonies of the Americas and the Caribbean where Africans were exported to became strong and wealthy. Once again it would be the spreading of African knowledge, science, mathematics, culture and most of all inventions, that would become the backbone of the rise of the western world. However, by the early to mid 1800s, Africans in the Caribbean and throughout the Americas began to liberate themselves from enslavement.

During the 1980s, the foundational Black historian John Henrick Clark often exclaimed; “Black History is the missing pages of world history.” As we slowly, but surely, begin to put these pages and pieces back together, and raise them to their proper place in time and space, Black History will no longer be a month but a part of everyday life as Dr. John Carlos said; “We live to make history.” “Wake Up and Live.”