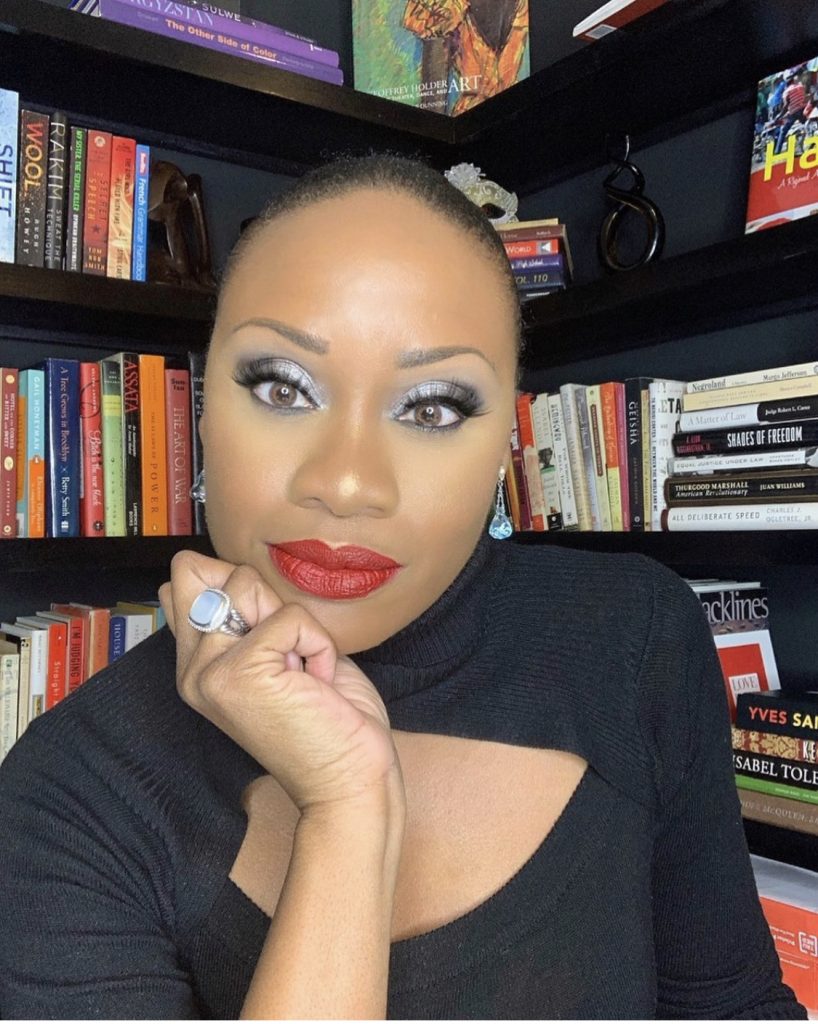 Since the beginning of 2020, people all over the world have struggled and suffered tragic loss due to the COVID-19 pandemic. Here in America, the Black community has continued to struggle with our own pandemic, that of systemic and institutionalized racism, social injustice food desserts, health disparities, police brutality and the list goes on. We have been fortunate to see a number of brave men and women stand up against these injustices on national television, taking on those that represent everything that’s wrong with the system and speaking for the voiceless or unheard. Midwin Charles was one of those brave fighters. When the news broke of her passing the night of April 6, 2021 I remember making a couple of calls and the friends who I spoke with were in disbelief.

I write this wishing I had the opportunity to have sat with her and ask her some very in depth questions about her journey, her decision to use her voice the way she did and to whom or what she attributed her strength. Sadly, I will never have that opportunity, but her legacy will live on. Though I didn’t know Midwin directly, I knew of her and had a few friends who shared a close relationship with her, some before she launched her firm and achieved media recognition and others after her public success. Everyone said the same thing, she was a real one. Nothing fake or phony, just a real, down to earth, solid and true person who fought for what she believed in.

To her family and loved ones, we offer our heartfelt condolences and pray that they will find the strength to carry them through this difficult time. To those, like me, who have watched Midwin on television, I invite you to pick up the gauntlet and continue what she has been doing. Fight! Fight for what you believe in. Live your life with focus and purpose and never forget who you are and where you are from or the people whose shoulders you stood on to achieve your success.

Midwin Charles was the founder of the law firm Midwin Charles & Associates LLC and a Contributor at Essence Magazine. She provided regular commentary on law, pop culture and politics for various television shows and networks, including CNN, HLN, MSNBC, Bloomberg TV, and TV One and was guest host for the radio program “Express Yourself” on New York’s 107.5 WBLS. Ms. Charles worked for CNN as a Legal Contributor for In Session (formerly Court TV) where she provided legal commentary for live trials daily on truTV. Ms. Charles was the creator of Infinite Possibilities of the Law Degree, an annual forum that features top lawyers with dynamic careers.

Active in community affairs, Ms. Charles was a member of the Dean’s Diversity Council for American University’s Washington College of Law and a member of the board of Women in Entertainment Empowerment Network (WEEN). She served as a member of the Civil Rights Committee for the Association of the Bar of the City of New York, lectured at Syracuse University and written for The Huffington Post.

Ms. Charles earned her bachelor’s degree from Syracuse University and her law degree from the American University, Washington College of Law, where she was an Articles Editor for the American University Law Review. Following law school, she served as a law clerk for U.S. Court of Appeals for Sixth Circuit Judge Eric L. Clay and as the A. Leon Higginbotham, Jr. Research Fellow in Social Justice at Harvard Law School, under the supervision of Charles J. Ogletree, Jr. Ms. Charles was an associate at Fried, Frank, Harris, Shriver & Jacobson LLP.