Though being the grandson of a farmer from Westmoreland, Chairman and Co-Founder of Virtudes Hemp Farm, Jamiel Jamieson, never thought he would become a farmer himself. Jamiel says he was always being encouraged by his dad to go into farming, but he finally decided to do it when he saw that Jamaica had started to regularize cannabis farming and offering licenses. “Before he passed away, my father always encouraged me to go into farming, but I never really got interested until I noticed that Jamaica started passing laws and going through cannabis reform; then I was motivated to explore the possibility of starting a hemp farm.” Despite his lack of farming experience, he returned home to Jamaica to start Virtudes, a cannabis farm, which has grown to become a force to be reckoned with in the growing cannabis industry.

Jamiel started Virtudes about three years ago; setting up its main operations on a 135-acre plot of fertile farmland in the Lenox-Bigwoods community, located in Darliston, Westmoreland. It is one of the largest cannabis farms in Jamaica and home to one of the only cannabis farms in Jamaica that specializes in hemp cultivation. Coming from a telecommunications background, Jamiel says he was a little out of his element to say the least. “Initially, it was very exciting, but I had no idea what was about to come, at first it was like a blank canvas but slowly I realized this was not going to be easy.” He worked closely with local farmers who have years of experience growing cannabis as well as bringing in internationally certified master growers so that he could make sure that the hemp he was growing was world-class. 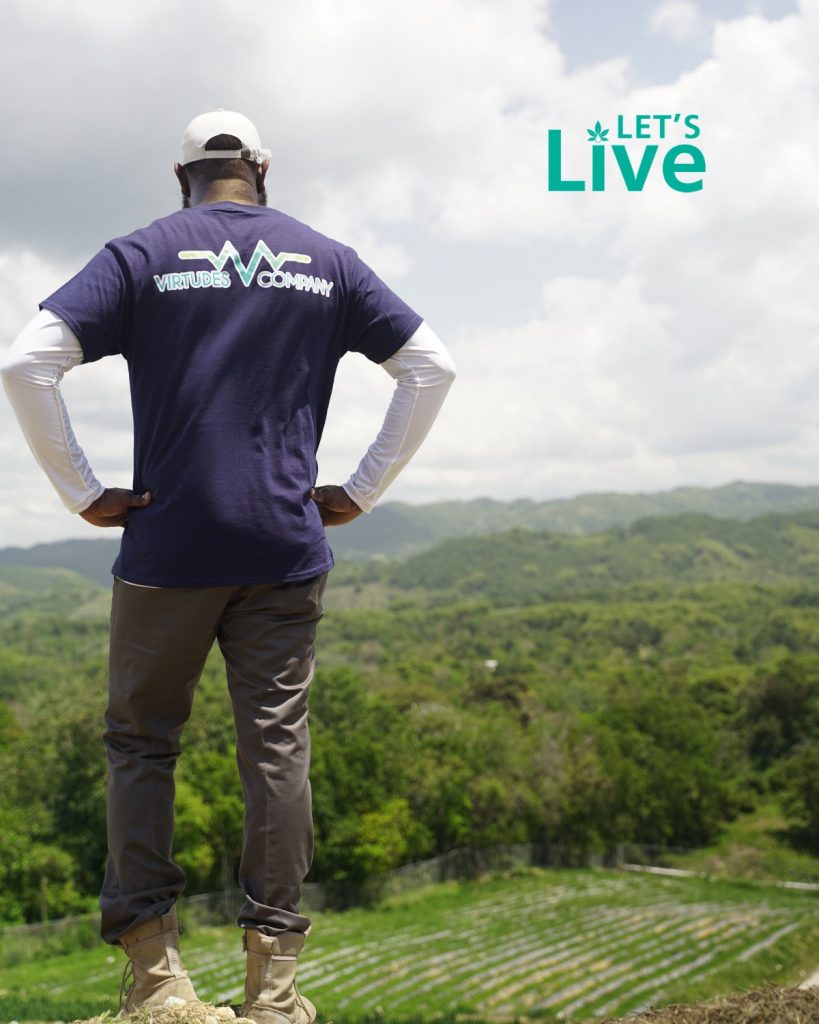 Having one of only two hemp farms in Jamaica and one of only three in the Caribbean meant that Jamiel was doing something that most people had never heard of or used before. “Personally, I had never been much of a smoker of marijuana (THC dominant strain of cannabis), but in recent years, I was introduced to CBD (the by-product of hemp) to help me sleep after my dad’s death. Since learning about CBD and where it comes from, the hemp plant, which is like the sister to marijuana, then I knew that is what I wanted to farm because more people could get the benefits of using cannabis without getting high.” Recently, Virtudes signed a contract with a local health and skincare supplier, Morgan’s Creek, which sees them providing high quality CBD distillate that will be used in the production of her hemp line Daleha’s Rejuvenation.

Jamiel hopes to enter into more business partnerships like this one so that more people can see the benefits of hemp and CBD. Currently, Virtudes supplies CBD products both to the local and overseas markets, the latter of which he sees growing significantly over the next couple of years. “The Jamaican cannabis is highly prized internationally due to its natural connection to Jamaican culture which already has a strong appeal. The hemp we grow is high quality; Jamaica’s rich soil and year-round sunshine gives for a unique bud and overall, a more unique plant and terpene profile thanks to our ideal geographic location. It (Jamaican cannabis) is viewed as a connoisseur’s market. It is flavorful and has rich smells and tastes. Cannabis is deeply rooted in the culture and is sought after by people all over the world. Right now, we have customers as far as Australia so the stigma against cannabis is becoming less and less.” 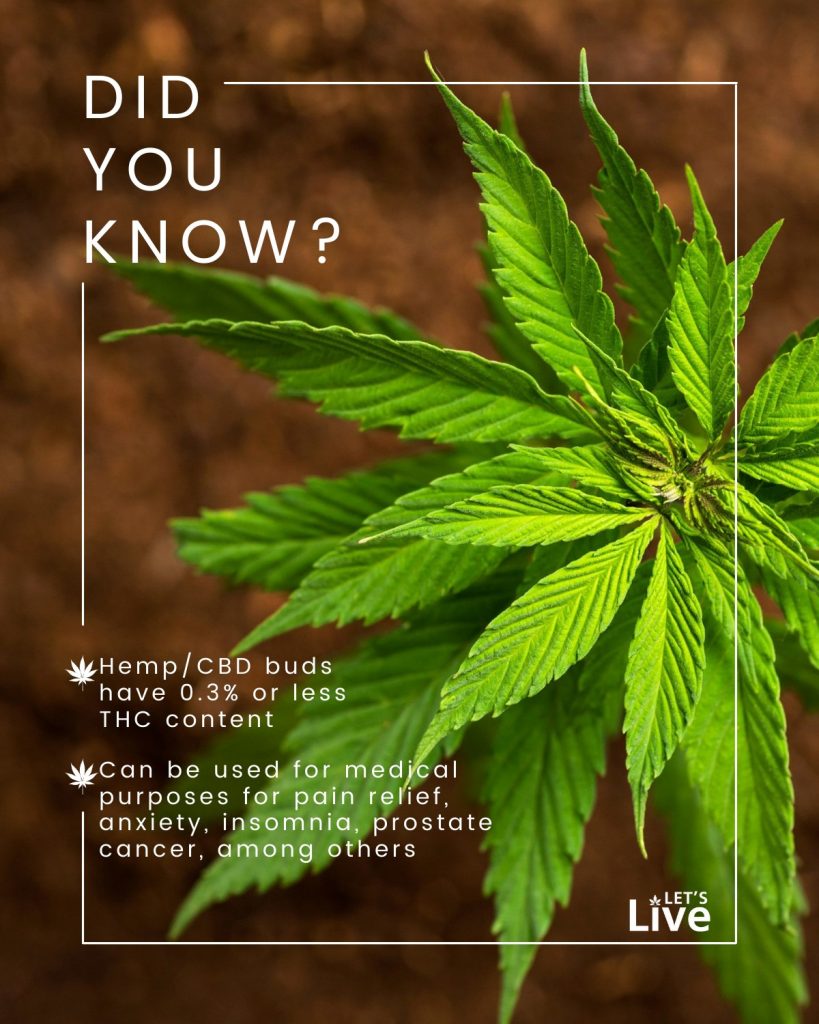 CBD is considered by many health professionals, to be a useful aid in the treatment of a number of illnesses and conditions including pain relief, anxiety, depression, cardiovascular health and more recently, the relief of COVID-19 symptoms.

Jamiel sees limitless potential for Jamaican hemp; “There are so many benefits that can be derived from hemp. From medicine, health, food, alternatives to plastic, fuel, and even construction material! We live in a beautiful era of technology the possibilities are endless if we can take advantage of the opportunities. We just need to continue following the principles that we used to start Virtudes; consistency, quality, and doing it for the right reasons the right way.” 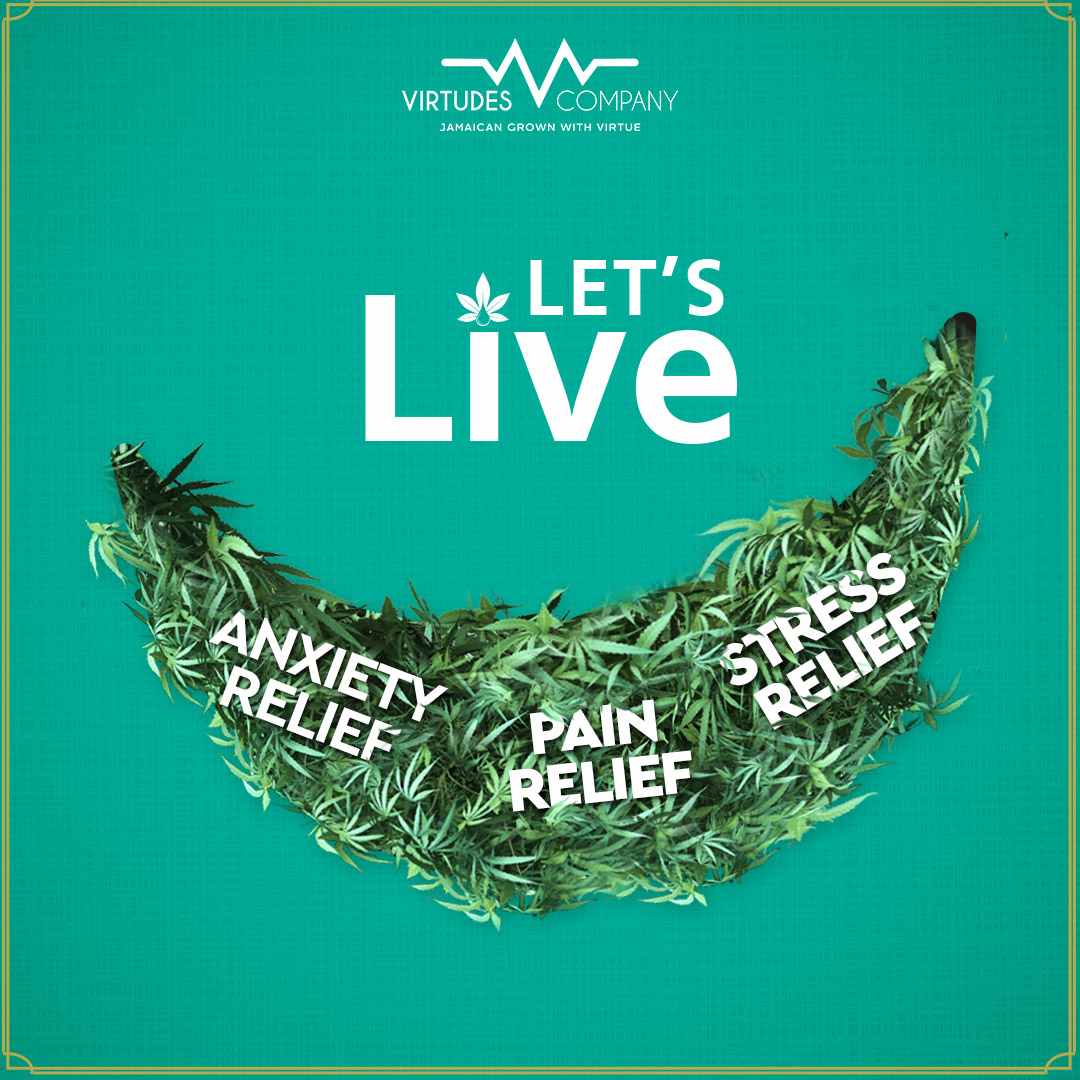