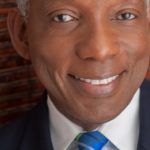 How often have you heard the expression, ‘leaders are born, not made’? I’ve heard it hundreds, maybe thousands of times in my lifetime; as a matter of fact I almost believed the lie, until I escaped the insidious programming that young people of color routinely accept from an almost bankrupt educational system. Believe me when I tell you, that timing, emotional intelligence, a commitment to life-long learning and an insatiable curiosity about life and its complexities are among the most powerful tools for developing a growth mindset because, that is where leaders are born or made. It is only within such an eco –system that young people of color can hope to escape the self-fulfilling prophecies of institutionalized biases – it’s the only environment in which a growth mindset can truly be cultivated. Instead, young people of color are strategically maneuvered into fixed mindset zones; ergo, (rap, tap, basketball, running and football) by people with fixed mindsets about their outcomes

The benefits of a growth mindset as opposed to a fixed mindset, forms the basis or foundation of our performance as we each fulfill our mission in life, despite the fact that ‘the fix is in.’ For over 400 years the oppressors of people of color have used dominion and power as a leadership model; power and absolute power is the template they have used to construct artificial models of management, control and leadership. Leadership and the accolades that came with it became the birthright of the rich and powerful, including the Military. The real irony is that authentic leadership has little to do with power and privilege, but instead with service, risk and selflessness. The very essence of leadership is epitomized by the standard bearer or flag bearer in an army who leads in battle, usually armed only with the flag and who invariably loses his life as soon as the enemy is engaged in combat. (The terms leader or leadership and its meanings, derive from that exemplary flag bearer who would be better described as “a dead man walking).”

So now the concept of courageous, selfless, committed leadership is tarnished and made disreputable by power hungry politicians, pompous medical personnel and law enforcement misfits. At some point we’ve got to demand that we return to the concept of authentic servant leadership, thus redefining the, meaning, scope and role of leadership in the context of men and women whose right to lead has been abridged by money and power. In fact, why is the tail wagging the dog?

Whether or not you believe you’re a victim, the institutionalized system of implicit bias is – one that presumes that people of color cannot and should not lead, simply because we are not born leaders. Therefore roles of leadership are reserved for those who are elected or appointed by people with the money and power to do so. It is exactly that thinking which promotes the fixed mindset, intellectual laziness and bias that permeates and maintains the status quo. I believe our system of leadership is so badly flawed and so accompanied by power and hubris that it is has become a distraction, and now demands intervention. Those who’re paying attention are looking carefully at the study of neuroscience for answers, why? Because the autocratic, authoritative leader or the selfless, thoughtful team leader did not evolve overnight, their behaviors are symptoms of something much deeper – it’s their mindset.

If anything in our lives needs changing, then the mindset must change from a fixed mindset to a growth mindset. Think about it this way, if we remain set in our minds, inflexible and uncompromising, what progress can we make in our lives? Can we successfully make and keep friends, nurture relationships, make good business deals, persuade and influence others? Not with a set mind you don’t!

Sal Khan the founder of the Khan Academy recently wrote that, “researchers have known for some time that the brain is like a muscle; the more you use it, the more it grows. They’ve found that neural connections form and deepen most when we make mistakes doing difficult tasks, rather than, repeated success with easy ones.” Sal’s wisdom is based on the work of Dr. Carol Dweck a Stanford University scholar and researcher who has been studying people’s mindsets for decades. Dr. Dweck discovered the following: most people adhere to one of two mindsets – fixed or growth. Fixed mindsets mistakenly believe that people are either smart or not, that intelligence is fixed by genes. People with growth mindsets correctly believe that capability and intelligence can be grown through effort, struggle and failure. This breakthrough finding suggests that as long as an individual is willing to put in the time and effort with an open mind – a growth mindset, the process of transformation begins despite circumstance.

Some immediate benefits of a growth mindset are – the expansion of wisdom, common sense, resourcefulness, resilience and persistence. The growth mindset propels the individual forward with a new insight and mental acuity that stimulates a heightened self-awareness, while unleashing all the potential hallmarks of leadership and – for leadership to regain the luster and respect it once boasted, it must be redefined in this new scientific understanding of how our minds really work.