In this month of the Lion the world has opened up. Some say we are still politically, socially, and economically on shaky ground. I say with Unity, Self Determination, Cooperative Economics and Collective work and responsibility we can revolutionize this new normal to our advantage and progress by observing and commemorating BLACK AUGUST.

Before we go deeper, big ups to all my LEOS, you share solar returns with:

Pour libations to our Leo Ancestors:

Research our ancestors to learn more about their great achievements.

Black August originated in California prisons in 1979 and is historically rooted in the resistance of Blacks in prisons due to mistreatment of Black inmates, which represented the mistreatment and oppression of Black people in America. Black August also serves to honor and commemorate fallen freedom fighters: George Jackson, Jonathan Jackson, William Christmas, W.L. Nolan James McClain, Khatari Gaulden, and free all political prisoners, like Ruchel Magee, the longest living political prisoner in the United States, having been incarcerated for the past 58 years. George Jackson a Black Panther, Liberator, and Author was assassinated by San Quentin prison guards during a prison uprising to stop the leadership of Black Liberation. George Jackson authored two books, Soledad & Blood in My Eye. 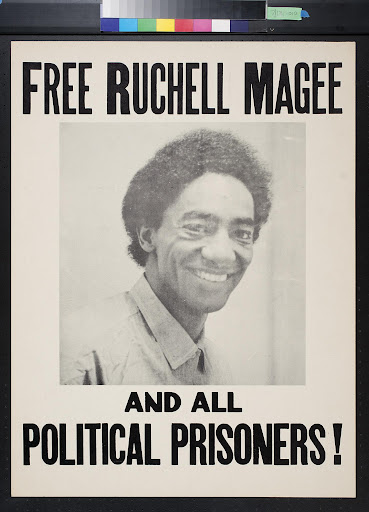 Black August is a commemoration and observation as opposed to a celebration, because it is the month that freedom fighters and revolutionaries fought for Black liberation around the world, leading to historical acts of resistance. We can observe Black August through self-discipline, fasting, studying, educating, combat training, community work and political and cultural engagement. There are fund raisers, festivals, and concerts for Black August, however the concentration is on rededicating yourself to family, friends, and community. Community organizations are encouraged to conduct functions of edutainment, while promoting proactive acts of resistance. Here’s what each person is encouraged to do to observe and commemorate Black August:

Here are historical & significant acts of resistance and events that took place in the month of August:

Are all these dates and events in August a coincidence? I do know that Black August is the month of Resistance and Persistence to Progress Black Liberation. The struggle and strategy continue until Liberation, defined as owning and controlling your destiny and passing it down to the next generation and generations beyond.

Davu loves K.eeping A.ctions S.trong A.nd I.ntelligent and having a Black Wife makes him Smile. While pouring libations to our Ancestors known and unknown, he is practicing Black August and attending Moshood fashion shows. To reach Davu to curate Cultural Empowerment experiences dm him on IG @dahvoo or email blackspearience@gmail.com.