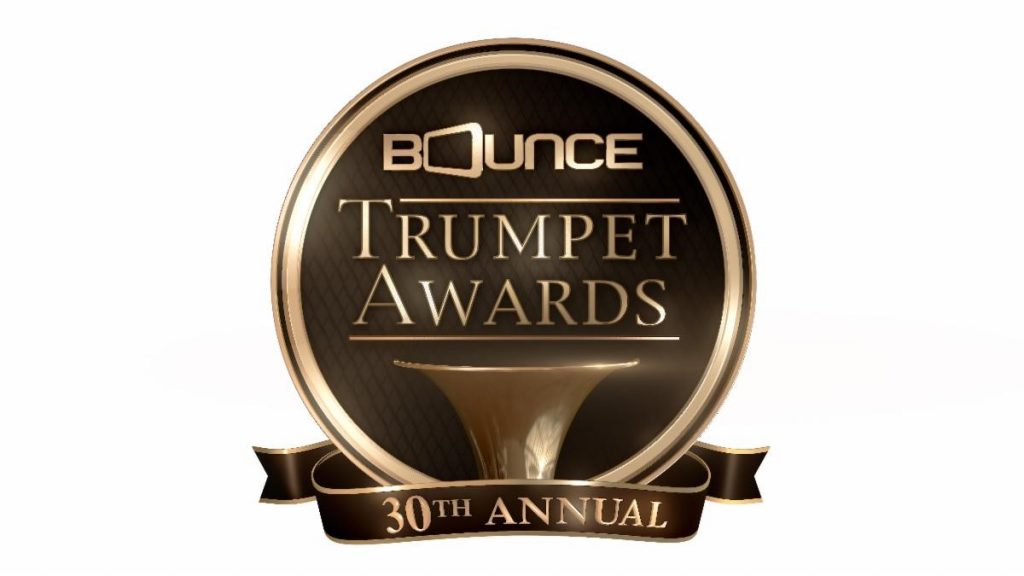 The 2022 Bounce Trumpet Awards will honor:

The gala event will take place at the Dolby Theater in Hollywood on Saturday, Jan. 15.

Among the special guests paying tribute to this year’s honorees are Wendell Pierce, Sanaa Lathan, JB Smoove and Tamron Hall. Musical performers and more presenters will be announced soon.

The 30th Anniversary Bounce Trumpet Awards will also feature a tribute to The Warriors of Justice, honoring those institutions and their leaders who have been on the front lines fighting for social, political, legal, educational and economic equality for people of color. The group includes:

“After a year in which we couldn’t celebrate in person, this year’s show is monumental, honoring the past 30 years of Black excellence and achievement while inspiring future generations,” said Cheryle Harrison, head of Bounce. “Bounce is honored to continue the vision of Ms. Xernona Clayton, the civil rights leader and social justice warrior, who has paved the way and inspired all of us. This event is truly a special moment in Bounce history.”

David Hudson, head of original programming for Scripps Networks, will serve as executive producer of the 30th Anniversary Bounce Trumpet Awards, along with Rikki Hughes, CEO of Magic Lemonade Productions. Hughes is an Emmy and Grammy-winning producer of award shows, comedy specials and independent features.

About the Trumpet Awards

The Bounce Trumpet Awards were conceived to recognize the outstanding accomplishments of African Americans and those who have succeeded against great odds and inspired success in others. Founded in 1992 by American Civil Rights leader Xernona Clayton, The Trumpet Awards were acquired by Bounce in 2016. The list of prestigious honorees includes Muhammad Ali, Beyoncé, Jamie Foxx, Halle Berry, Stevie Wonder, The African American Women of the U.S. Congress, Steve Harvey, Martin Luther King, III, Janelle Monáe and Spike Lee. For more information about past honorees, presenters, performers and information about The Bounce Trumpet Awards visit www.trumpetawards.com.

Bounce (@bouncetv) programming is seen over the air, on cable, on DISH channel 359, over the top on Roku®, on mobile devices via the Bounce and Brown Sugar apps and on the web via BounceTV.com. Bounce features a programming mix of original series, docuseries and movies, off-network series, theatrical motion pictures, specials, live sports and events and more. Bounce is part of The E.W. Scripps Company (NASDAQ: SSP).