Comcast NBCUniversal and FaceForward Productions recently announced their partnership for the upcoming docuseries The Black Beauty Effect, releasing this fall exclusively on the Black Experience on Xfinity channel, a first-of-its-kind destination of Black entertainment, movies, TV shows, news and more. From creator and executive producers Andrea Lewis (Degrassi: The Next Generation, Black Actress), Emmy-nominee CJ Faison (Giants & Junebug), and Jackie Aina and Kahlana Barfield Brown, the docuseries will closely examine the social change, past and present, within the beauty industry, through the lens of the successful Black women who have led the charge.

The Black Beauty Effect is a three-part docuseries capturing the current evolution, revolution, and disruption taking place within the beauty industry. Black beauty influencers, celebrities, and entrepreneurs have taken up the torch passed down from their pioneering predecessors. Each hour-long episode examines a different aspect of beauty – hair, skin, and makeup – through the lens of some of the beauty industry’s most iconic game-changers. The Black Beauty Effect peels back the gorgeous glow we see in advertisements to tell the ugly truths that have plagued the beauty industry for far too long.

“The Black Beauty Effect is one of my dream projects,” said series creator Andrea Lewis. “As someone who grew up in the television and film industry, I’ve sat in more makeup chairs than I can count, and I have experienced the good, the bad, and the ugly of what it’s like being a Black woman and navigating the beauty space. I’ve always wanted to create a story that captured the fullness of our impact in the beauty industry, from the celebrity makeup artists, the Black beauty editors, and the countless beauty content creators. They’ve all been a part of bringing light to our impact. Comcast Xfinity has been amazing, and we couldn’t have asked for a better partner who not only believes in our story but also put their full support behind Black filmmakers.”

“We’re thrilled to work with creator Andrea Lewis and FaceForward Productions to bring the exclusive premiere of The Black Beauty Effect to the Black Experience on Xfinity channel, furthering our company-wide mission of investing in authentic Black stories and amplifying voices that deserve to be heard,” said Keesha Boyd, Executive Director, Multicultural Video & Entertainment, Xfinity Consumer Services and Executive Producer of The Black Beauty Effect. “Through this partnership, we hope to highlight and celebrate the contributions of the Black community to the beauty industry, while also shine a light on the stories of the women who pushed for necessary change.” 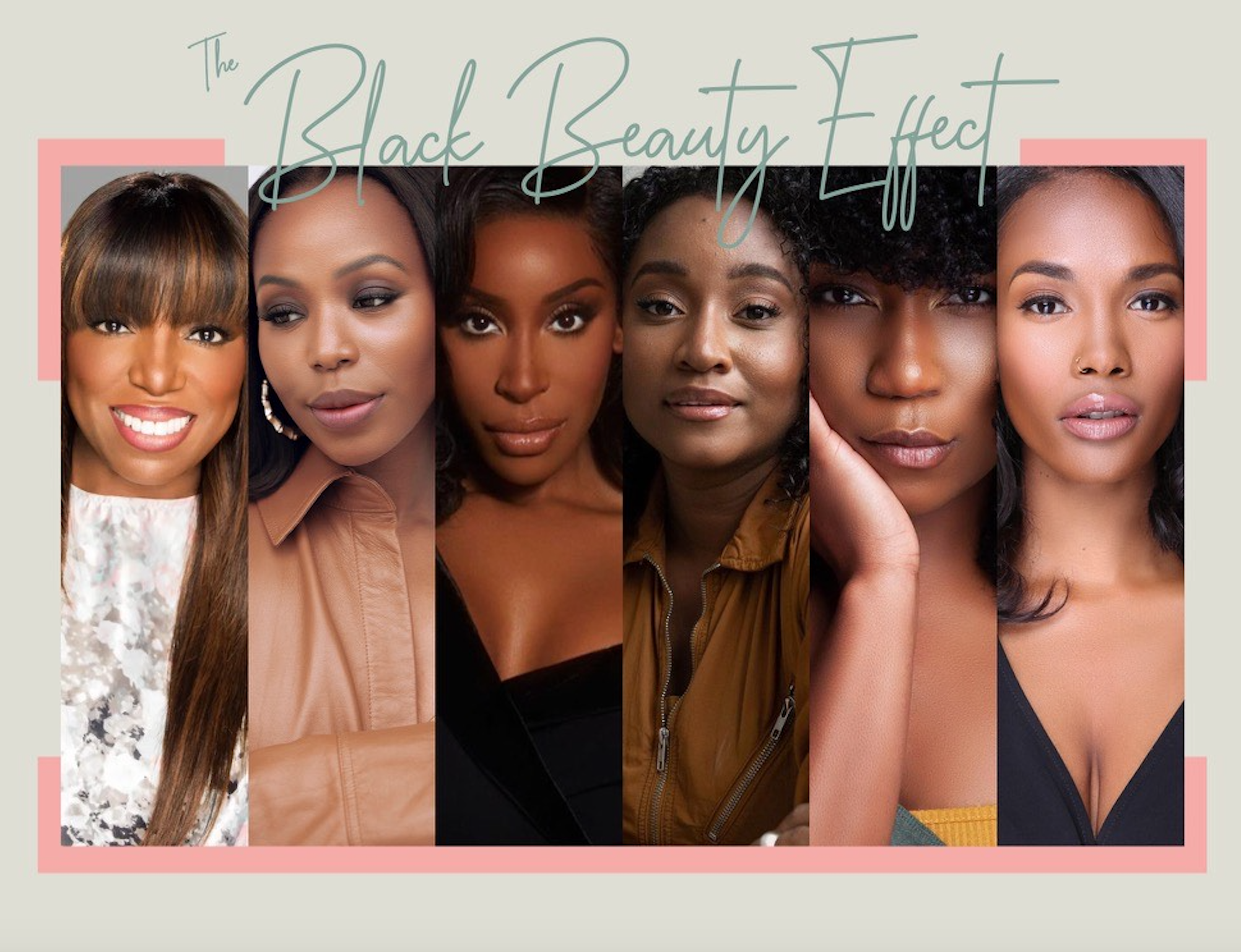 The Black Beauty Effect is directed by Kwanza Nicole Gooden and produced by FaceForward Productions. The series was created by Andrea Lewis, who serves as Executive Producer along with CJ Faison, Jackie Aina, and Kahlana Barfield Brown. Emmy-nominated Takara Joseph and Summer Griffiths (Scale Productions) serve as producers, alongside Andrena Hale as showrunner.

“The FaceForward Productions team jumped at the opportunity to executive produce and bring The Black Beauty Effect series to life to continue uplifting and amplifying the majesty and ingenuity of Black women. This series sets the stage to create a cultural movement worldwide, honoring Black women’s contributions and deeply embedded influence in the beauty industry. In the spirit of our company’s mission to capture the shared human experience through one forward-facing, culturally-nuanced lens, we knew joining forces with Andrea Lewis and Comcast would offer the perfect partnership,” said CJ Faison, Founder/ CEO, FaceForward Productions.

Black Experience on Xfinity is a first-of-its-kind destination of Black entertainment, movies, TV shows, news and more. Available at home on Xfinity X1 and Flex, and on-the-go with the Xfinity Stream app, the Black Experience on Xfinity features original and high-quality content from Comcast NBCUniversal and other major studios, in addition to content from many of Xfinity’s existing network partners, at no additional cost to Xfinity customers. The channel is the only one of its kind endorsed by the African American Film Critics Association (AAFCA), the world’s largest group of Black film critics that gives annual awards for excellence in film and television.

For more information on The Black Beauty Effect, go to @blackbeautyeffect on social media and continue the conversation using the hashtag #BlackBeautyEffect.

About Andrea Lewis
Before celebrating her 16th birthday, Andrea Lewis had already acted alongside Hollywood heavyweights such as Diahann Carroll in The Natalie Cole Story and Wesley Snipes and Dr. Maya Angelou in her directorial debut, the critically acclaimed Down in the Delta. After wrapping up on the Disney movie Cadet Kelly alongside Hilary Duff, Lewis soon spent 6 seasons on the hit show Degrassi: The Next Generation and became known around the world as “Hazel” as millions of North Americans tuned in each week to watch Andrea in the Award-winning drama. After Degrassi, she went on to other leading roles on Showtime, Nickelodeon and BET. Then taking her career to another level, Lewis started Jungle Wild Productions, where she wrote, starred in and produced the award-winning web series’ “Black Actress”. Lewis has continued to create as a filmmaker, with multiple web series, short films, television pilots and digital content.