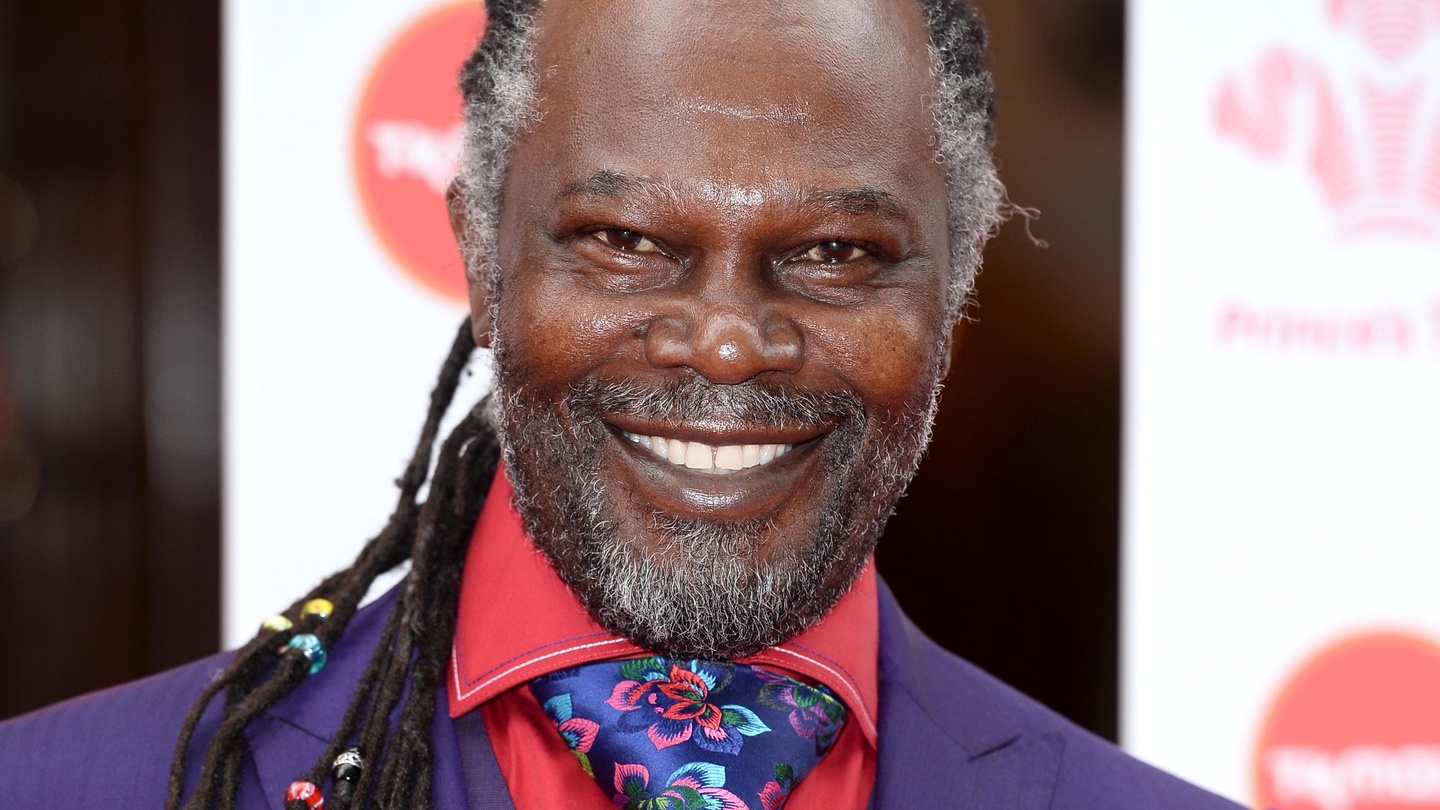 While we figure out what drives the Jamaican spirit, I will share another success story with you and like me you’ll wonder – how did he become another history maker?

According to Keith Valentine Graham his life didn’t begin very auspiciously, he was one of several brothers and sisters born in Clarendon, Jamaica in 1958, young Keith received very little early education. After living with his grandmother until age 11, Keith went to join his mother in the UK, and it was there that his life slowly, but surely, merged with his alter ego aka Levi Roots – reggae musician, celebrity chef, author and businessman. 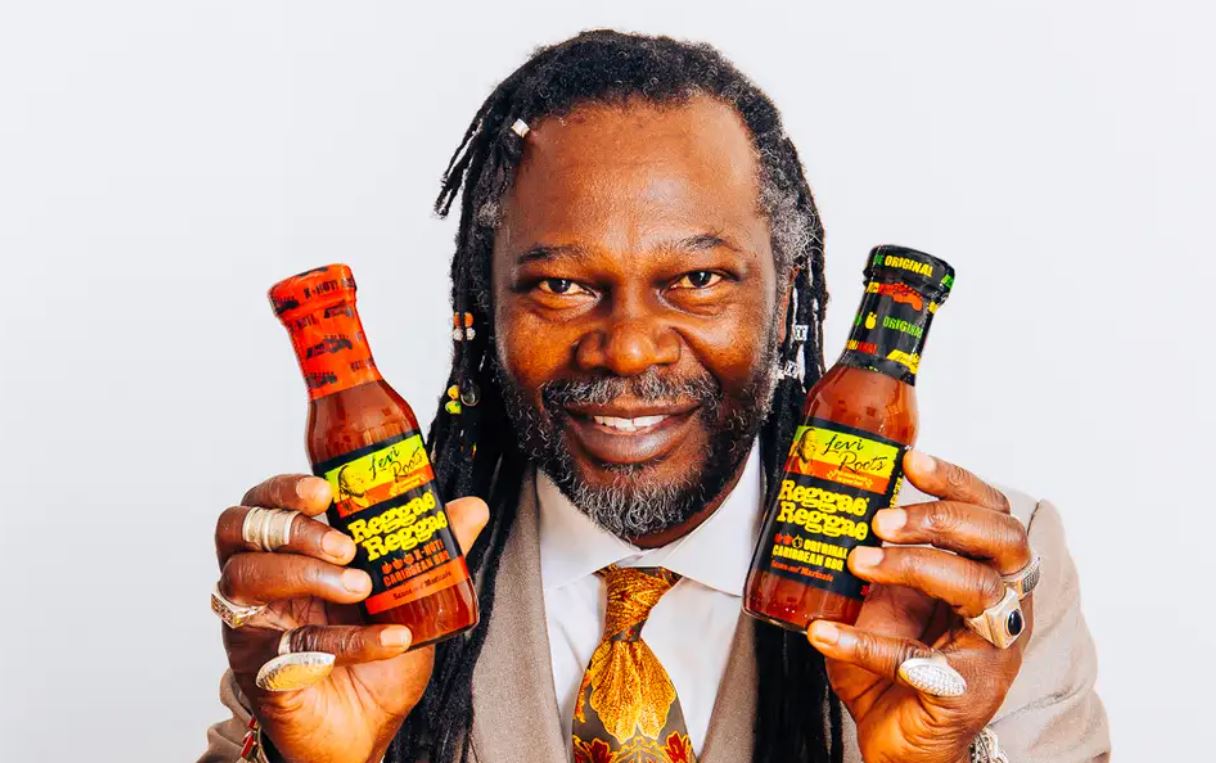 Levi Roots journey to world recognition and acclaim was not without blemish, her served time in prison for drug offences early in his life, but used this experience to inform and fuel his music and his ability to prepare exotic foods and condiments. As a notable reggae musician in the UK, Levi had rubbed shoulders and performed with James Brown, Bob Marley, Maxi Priest and had even performed for Nelson Mandela on his trip to Brixton in 1996, but his star was yet to rise.

That happened dramatically when he gained an appearance on the popular UK television program, Dragon’s Den a British “Shark Tank,” where he received 50,000 pounds, the equivalent of US $69,000 for a 40% stake in his Reggae Reggae Sauce (a Jamaican style jerk barbecue sauce), immediately after which Sainsbury’s the UK’s second largest Supermarket chain announced they would be stocking the sauce in 600 of their stores. 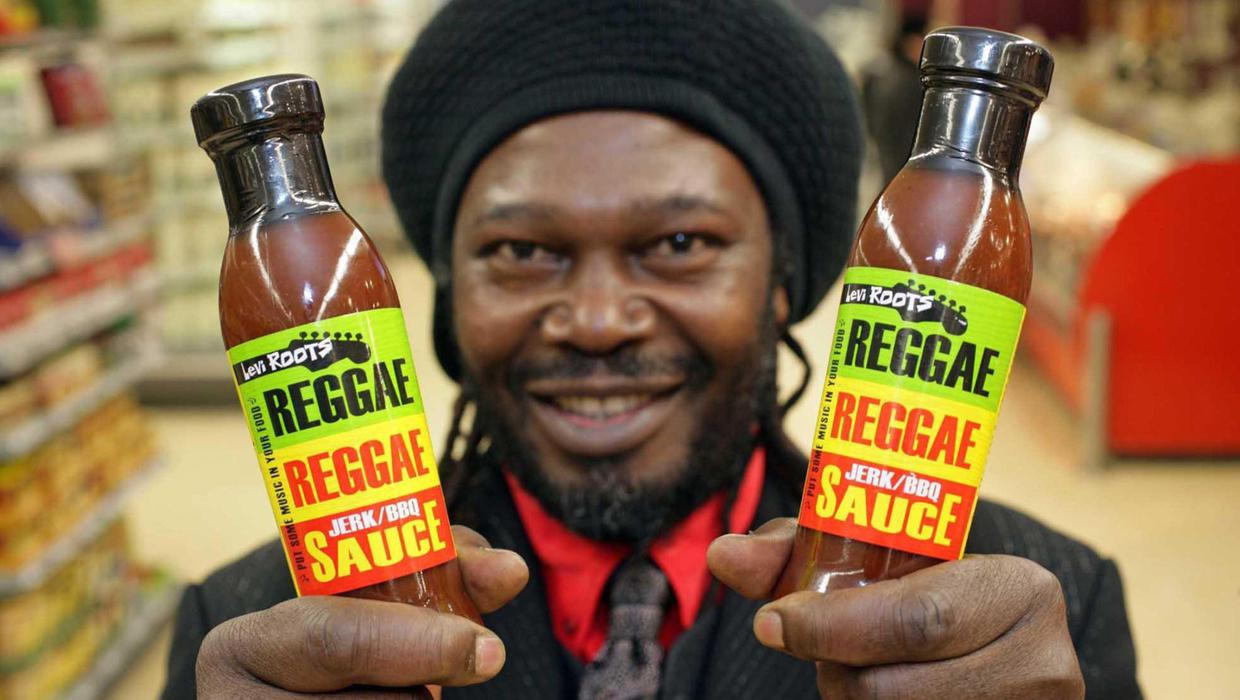 Its 14 years since Levi Roots Reggae Reggae Sauce success, and the success of the Reggae song which promotes the Sauce, since then Levi Roots business-empire, cooking shows, cook books has expanded to multi-million dollar sales. Levi Roots has written His (own) story and from less than humble beginnings has accumulated a net worth of US $69 million.