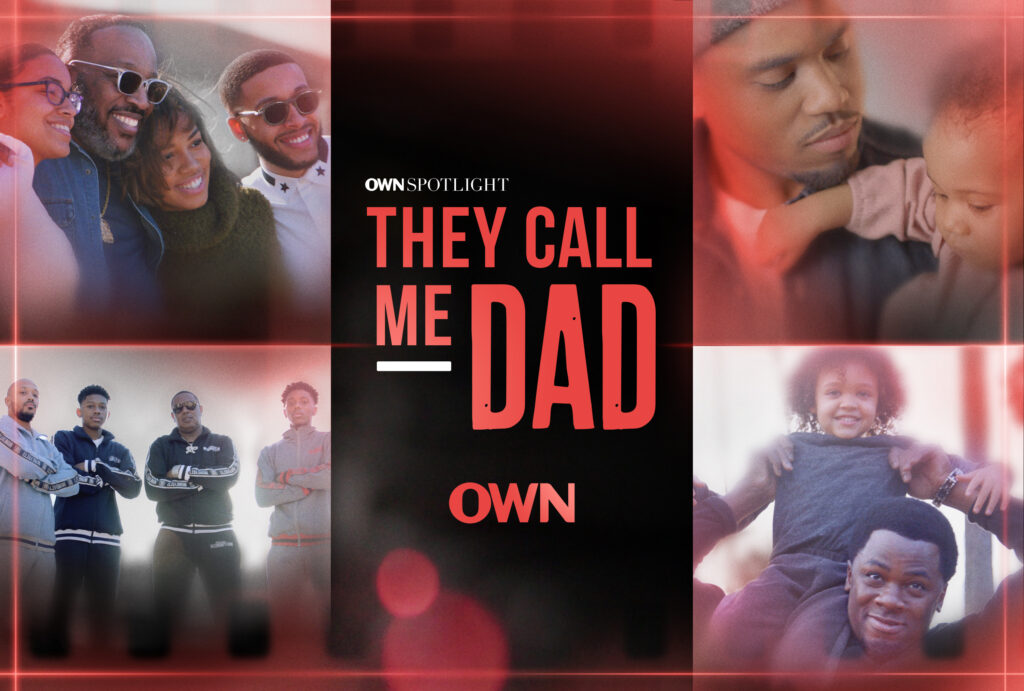 Oprah Winfrey Network continues its celebration of Black fatherhood with “OWN Spotlight: They Call Me Dad,” a one-hour special premiering on Tuesday, September 14 at 9:00 p.m. ET/PT. Actors Derek Luke (The Purge, 13 Reasons Why) and Tristan Mack Wilds (The Wire, 90210), Gospel singer-songwriter and senior pastor Marvin Sapp and music mogul Master P are featured and talk about what it means to be a supportive father, the sacrifices it takes to be a good father, how to take accountability for your actions and how to inspire your children. The special will also be available to stream the same day on discovery+.

“OWN Spotlight: They Call Me Dad” is an inspirational one-hour special that celebrates Black fatherhood and the special bond dads have with their children, giving viewers exclusive access to a group of famous Black fathers away from the spotlight and doing the most admirable thing imaginable – being a loving dad. Through a series of deeply personal profiles, the special follows four celebrity Black fathers from diverse backgrounds, in their homes and unguarded, as they showcase the joys, fears, and fulfillment that being a dad brings while also shifting the narratives for a more accurate representation of Black fatherhood. The special is presented with limited commercial interruption courtesy of Toyota.

“OWN Spotlight: They Call Me Dad” is executive produced by Oji Singletary and Critical Content.

“OWN Spotlight” presentations tackle issues and concerns facing Black lives. The programs feature candid and in-depth conversations that create real dialogue to inspire systematic change. Previous programs include a conversation with singer/actress Andra Day; a special presentation on Ava DuVernay’s short film “August 28;” an inspirational special celebrating Black fatherhood and the special bonds they have with their children “They Call Me Dad;” a two-night special “Where Do We Go From Here?” that simulcast to over 18 million viewers across the Discovery family of networks featuring Oprah and Black thought leaders discussing the current state of racism America; “Oprah and 100 Black Fathers” sharing the urgency of having “the talk” with their children and the dreams they have for the future of their families; “COVID-19: The Deadly Impact on Black America” that investigated the disproportionate impact of the coronavirus pandemic on Black communities; “Oprah At Home with Lupita Nyong’o and Cynthia Erivo,” which examined colorism in Hollywood; “Oprah and Alicia Keys – The Interview” discussing Alicia Keys’ new memoir “More Myself;” “When They See Us Now” featuring Oprah in conversation with award-winning filmmaker Ava DuVernay and the cast from the acclaimed series “When They See Us” along with real men formerly known as the Central Park Five; “(In)Visible Portraits,” which was a powerful celebration of Black women sharing their stories of struggle, resilience and beyond; and the follow-up documentary from D. Channsin Berry “Dark Girls 2” exploring the prejudices darker-skinned women face around the world.

OWN: Oprah Winfrey Network is the first and only network named for, and inspired by, a single iconic leader. Oprah Winfrey’s heart and creative instincts inform the brand and the magnetism of the channel. OWN is a leading destination for premium scripted and unscripted programming from today’s most innovative storytellers. OWN connects with its audience wherever they are, inspiring conversation among a global community of like-minded viewers on social media and beyond. Launched on January 1, 2011, OWN is a joint venture between Harpo, Inc. and Discovery, Inc. The venture also includes award-winning digital platform Oprah.com. Access OWN anytime on http://WatchOWN.tv or across mobile devices and connected TVs.