Jamaican singer, musician and songwriter Bob Marley served as a world ambassador for reggae music and sold more than 20 million records throughout his career.

In 1963, Bob Marley and his friends formed the Wailing Wailers. The Wailers’ big break came in 1972 when they landed a contract with Island Records. Marley went on to sell more than 20 million records throughout his career, making him the first international superstar to emerge from the so-called Third World.

Born on February 6, 1945, in St. Ann Parish, Jamaica, Marley helped introduce reggae music to the world and remains one of the genre’s most beloved artists to this day. The son of a Black teenage mother and much older, later absent white father, he spent his early years in St. Ann Parish, in the rural village known as Nine Miles. 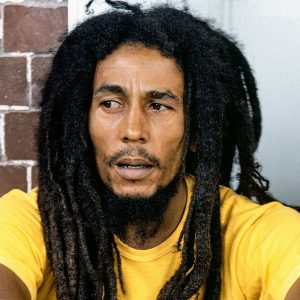 One of his childhood friends in St. Ann was Neville “Bunny” O’Riley Livingston. Attending the same school, the two shared a love of music. Bunny inspired Marley to learn to play the guitar. Later Livingston’s father and Marley’s mother became involved, and they all lived together for a time in Kingston, according to Christopher John Farley’s Before the Legend: The Rise of Bob Marley.

Arriving in Kingston in the late 1950s, Marley lived in Trench Town, one of the city’s poorest neighborhoods. He struggled in poverty, but he found inspiration in the music around him. Trench Town had a number of successful local performers and was considered the Motown of Jamaica. Sounds from the United States also drifted in over the radio and through jukeboxes. Marley liked such artists as Ray Charles, Elvis Presley, Fats Domino and the Drifters.

Marley and Livingston devoted much of their time to music. Under the guidance of Joe Higgs, Marley worked on improving his singing abilities. He met another student of Higgs, Peter McIntosh (later Peter Tosh) who would play an important role in Marley’s career. 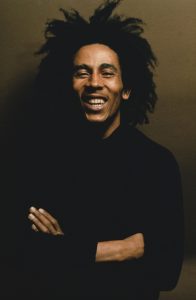 The Wailers are born!

A local record producer, Leslie Kong, liked Marley’s vocals and had him record a few singles, the first of which was “Judge Not,” released in 1962. While he did not fare well as a solo artist, Marley found some success joining forces with his friends. In 1963, Marley, Livingston, and McIntosh formed the Wailing Wailers. Their first single, “Simmer Down,” went to the top of the Jamaican charts in January 1964. By this time, the group also included Junior Braithwaite, Beverly Kelso and Cherry Smith.

The group became quite popular in Jamaica, but they had difficulty making it financially and members started leaving the group. The remaining members drifted apart for a time. Marley went to the United States where his mother was now living. However, before he left, he married Rita Anderson on February 10, 1966.

After eight months, Marley returned to Jamaica. He reunited with Livingston and McIntosh to form the Wailers. Around this time, Marley was exploring his spiritual side and developing a growing interest in the Rastafarian movement. Both religious and political, the Rastafarian movement began in Jamaica in 1930s and drew its beliefs from many sources, including Jamaican nationalist Marcus Garvey, the Old Testament and their African heritage and culture. 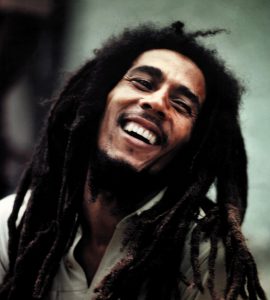 For a time in the late 1960s, Marley worked with pop singer Johnny Nash. Nash scored a worldwide hit with Marley’s song “Stir It Up.” The Wailers also worked with producer Lee Perry during this era, some of their successful songs together were “Trench Town Rock,” “Soul Rebel” and “Four Hundred Years.”