Single and Video For “Man Next Door (Feat. Santigold)” Out Today

Trojan Jamaica/BMG is proud to announce the release of U-Roy’s final full-length album, SOLID GOLD U-ROY. The album was originally set to come out in 2020 with plans for a worldwide tour in support, but unfortunately, the pandemic delayed the release. Now, with the heartbreaking loss of U-Roy on February 17, the album has become a celebration of one of the most profoundly influential reggae stars of his generation. An originator of the chatty rhythmic vocal style known as toasting — a key foundational element in the development of rap in its early stages in the 1970s — U-Roy left behind an unmatched legacy which is clearly on display on SOLID GOLD U-ROY, with its guest appearances including Ziggy Marley, Shaggy, Mick Jones of The Clash, Santigold, Sly & Robbie, David Hinds of Steel Pulse, Big Youth, Tarrus Riley, Rygin King, Jesse Royal, Richie Spice, and Scientist. The album arrives on July 16, 2021; pre-orders are available now.

SOLID GOLD U-ROY is being heralded today by the release of “Man Next Door. (Feat. Santigold).” One of the great reggae songs of all time, the track features an indelible guest appearance by the incomparable Santigold. “Man Next Door” is a beloved reggae standard written by John Holt and released in 1968 by his group The Paragons. U-Roy sampled the song in 1982 for “Peace and Love in the Ghetto” on his Original DJ album. A companion official music video is also available now. Pre-orders of SOLID GOLD U-ROY will come with an instant grat download of “Man Next Door.”

An official music video is also available now. The clip captures U-Roy in 2018 at the Trojan Jamaica studios in one of his last sessions ever. Santigold was filmed at Sunset Sound later that year. The video was directed by Nick Franco/1185 Films in collaboration with Trojan Jamaica co-founders Zak Starkey and Sharna “Sshh” Liguz.

“It was such an honor to get to work on this project with U-Roy, a true creator,” says Santigold. “He was a major pioneer in a genre that influenced me so deeply. And it just so happened that the song I was asked to sing, ‘Man Next Door,’ has been a favorite of mine since I was a little girl. It felt so special to get to sing that song in particular – I knew the harmonies in my body without having to think for a second – and to hear his voice cutting through, driving the rhythm, drawing us all into his world. What a gift that I got a chance to sing on this track with him. He was one of the greats.” 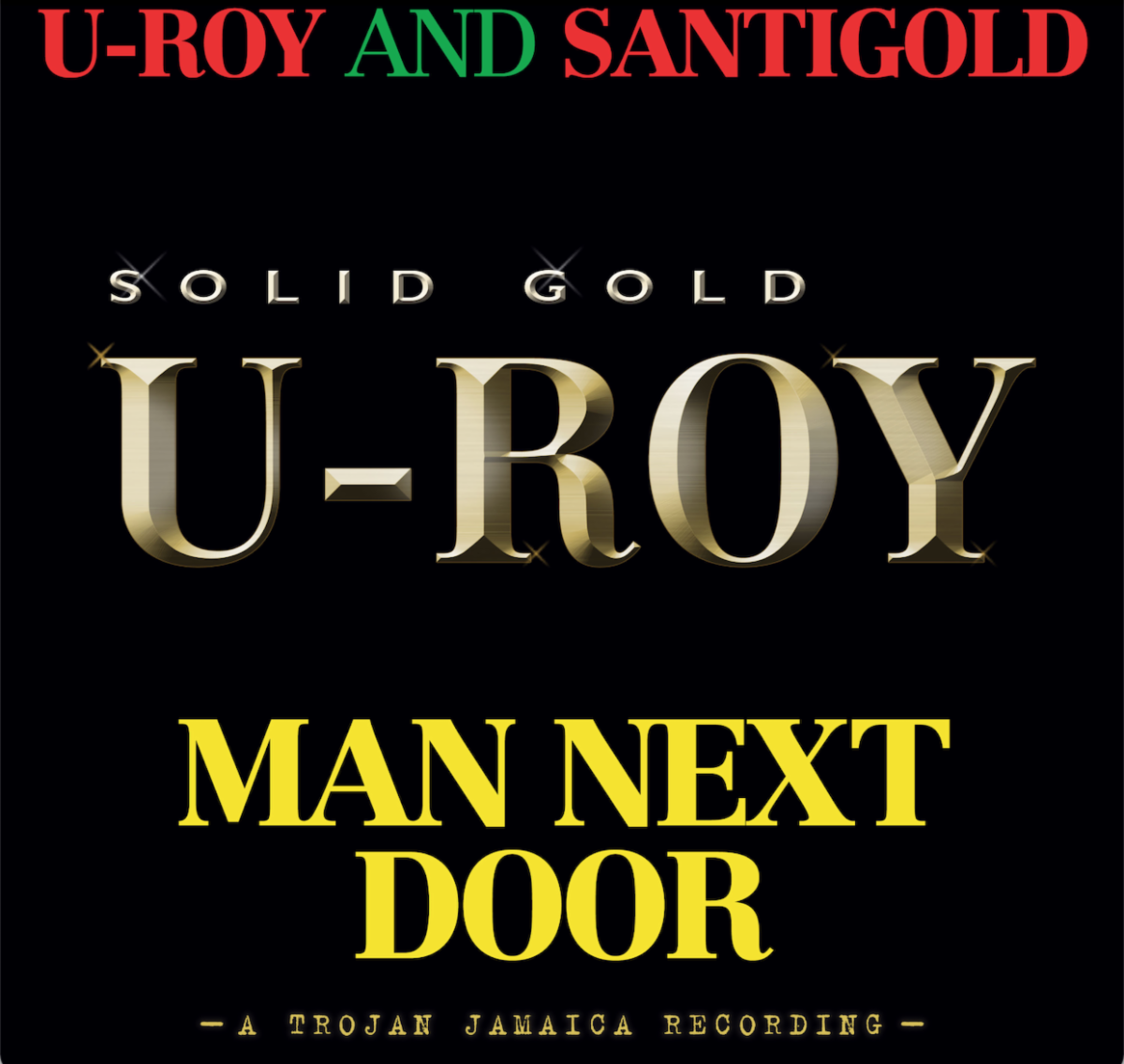 “Man Next Door” is the second song to be released from SOLID GOLD U-ROY. In early 2020, to support a tour of Brazil, U-Roy and Trojan Jamaica put out the iconic “Wake The Town.” Originally released in 1970, it became a #1 Jamaican pop chart phenomenon and went on to establish the legendary toaster as an international dancehall star.

LISTEN TO “WAKE THE TOWN”

Zak and Sshh met U-Roy in 2018 and their friendship quickly developed beyond merely being his label presidents. They feel privileged to have signed him, were devastated by the surprise news of his death, and are deeply committed to honoring his legacy.

“We met U-Roy through our friend, Wayne Jobson, who took us to meet him in Kingston in early 2018,” says Sshh. “We ate lunch and got on great, and talked about re-recording his greatest hits, with him joined by special guest artists. He was easy to talk to, very dignified and confident, but very approachable. Cool looking and unassuming, but then he would open his mouth, and out would come a big, booming statement.”

“Three weeks after our meeting, we started recording in Trojan Jamaica Sounds studio in Ocho Rios,” says Zak. “U-Roy would toast his songs live and Sshh would sing the songs that were to be sung later by the guests. Sshh and U-Roy bonded quickly doing this and had a lot of fun doing it. The band was Sly & Robbie, Tony Chin, Robbie Lyn and me. We had to work quickly (four days), as U-Roy was leaving for a six-week European tour right after recording his parts. After he split to go on tour, we spent a couple of months overdubbing and adding the guest artists. Most artists came to our studio in JA and some recorded at their own studios.

“An honor, a pleasure, and a musical education from the Originator, Daddy U-Roy. We loved touring with him and I worked out some good riffs to bounce off his signature style. Sshh and U-Roy had particularly good chemistry on stage — the whole Brazilian tour was so much fun and so rewarding because of the fantastic songs that we got to play and sing with him. We played gigs for 150,000 people and many of them were waving his vinyl records and hailing him as The Originator.”

“We had always loved U-Roy because of the power of his voice, and his lyrics, with their humor and seriousness,” continued Sshh. “We made the Solid Gold album because we wanted everyone to know that U-Roy helped invent rap.”

“One of our favorite memories is of him explaining to us why Bob Marley and others cut dubplates especially for him because ‘I was it, man, I was it!’ He was.”

U-Roy’s legacy was honored in the hours and days that followed his passing on February 17 with tributes from artists, DJs, Sound Systems, media, and record labels, further cementing the iconic deejay’s significance on the global stage. New York Times, BBC, Variety, The FADER, Rolling Stone, and NME, among many others, all highlighted the infinite ripple that U-Roy set forth to the universe. “U-Roy’s impact on popular music worldwide cannot be overstated,” said acclaimed journalist Rob Kenner of Boomshots and VIBE. “He pioneered the way for someone like myself to do what I do,” credits Sean Paul in a statement to NPR‘s Pat Meschino. Radio stations and DJs around the world honored U-Roy with tribute sets from the likes of BBC Radio 1‘s David Rodigan in the UK, and 99 JAMZ‘s King Waggy Tee in Miami, who played an exclusive dubplate of “Wake The Town.” 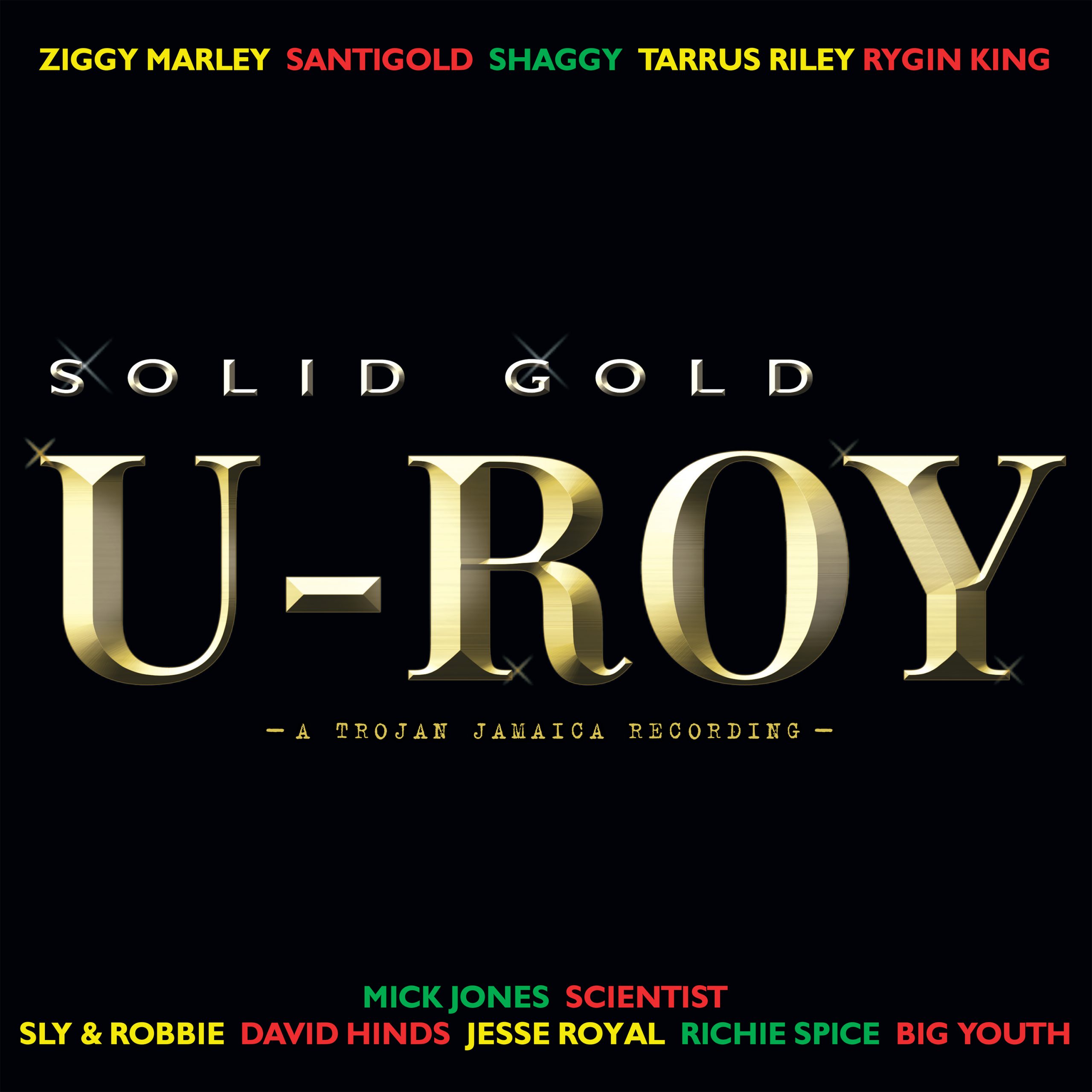