Music as a Gateway to Activism

Music as a Gateway to Activism 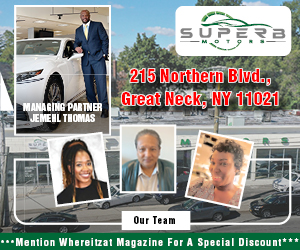 “Music is community service in the form of melodies,” so says Jermaine Joseph, better known as “Autarchii”. How simple yet profound! This ever so conscious 25 year old Reggae Artiste believes the role of an artiste is to give people different expressions to uplift their mood and steer them away from negativity. “Whilst someone remembers a Bob Marley song, they might not remember who the President for a specific country was in 1962. Musicians are the guardians of the Earth and their purpose should be to uplift the community and the world at large,” said Autarchii.

This uncompromising Reggae Artiste who hails from Portmore, Jamaica migrated to the U.S.A in 2010, primarily to pursue higher education – he has a Bachelors in Digital Marketing with a minor in Sociology/Anthropology from Baruch College. Although Autarchii has been writing songs since he was 11, he’s only been a professional Reggae Artiste for the past 7 years. With songs like ‘Land of the Free’ and ‘Ecological Integrity’, it’s clear that music is in his blood. Autarchii credits his father, Veteran Recording Artiste Donovan Joseph and the founding fathers and mothers of reggae for nurturing his uncompromising approach to music. “Reggae is one of the only genres of music in the world that dedicates itself to talk about topics of injustice and inequality. My style has been influenced through reasoning with the elders and from my own experiences as a black man in this time,” said Autarchii. He went on to explain that he knows he is from a rebellious tribe and if he were in Africa during colonialism, he would be the one to spearhead the regime against its downfall. This natural fiery side as he puts it makes it difficult to tolerate injustice and those who try to sell out their own for personal gains.

Why the name ‘Autarchii’? Well, it was derived from the word ‘autarchy’ which means self-rule and self- government, however, he explained that the ‘y’ was changed to ‘ii’ or as Rastafarians say “I and I” to highlight his ‘livity’ (life) as a Rastafarian and the “pain that I feel my brothers feel hence the need to rise in unity”. Additionally, Autarchii is a part of a group called ‘Red a Red’. While he doesn’t take credit for the term used by ancient Rastafarians, he said he incorporated the name to represent their movement which signifies fire, passion and a sense of purification.
Autarchii, who is also the cousin of the crown prince of Reggae, the late Dennis Brown, is seen as an activist as much as an artiste who is trying to reach a wide cross section of people through his music. However, more specifically, he hopes his music will resonate with black people of African descent considering that these people have been downtrodden for the longest period of time and are still oppressed, whether their transition is from the chattel slavery system to being mentally enslaved. He said whilst he would like his music to reach everyone in every demographic, he has to uplift his people first and then others.

This Roots Singer calls on people to fight the ‘right revolution’, whereby everyone stands their true ground without partisanship. Autarchii, describes the ‘right revolution’ as one where equal rights and justice are provided for the ‘down pressed’, who he considers to be African people in the diaspora. He notes, however, that whilst individually many people have been fighting the ‘right fight’, it has been a weak collective effort and general sense of disunity among the oppressed. Nonetheless, he is confident that the battle will be won eventually.

So what would he be doing if he wasn’t a singer? Autarchii views himself as an artistic person, so he would be cooking, writing a book or teaching. Autarchii admits that he uses music to dabble in other areas whether it’s activism or political education and can often be found in the ghettos staging sessions to enlighten the youth.
Autarchii’s activism also includes his work with Life Yard, a community based organisation and social enterprise in the heart of downtown Kingston. He explained that he appreciated the work that was being done by Sabukie, his school mate from Kingston College, Nicumma Carr – Co-Founder/Director and the rest of the Life Yard team. Their work in the area of child development, (the music video’s being shot there) and their efforts to show the true culture of Jamaican garrisons or ghettos caught his attention. Additionally, he loved the fact that they were doing agriculture considering that many youths stray away from it but ironically have no issues eating of its produce. His first formal collaboration with Life Yard was an event called ‘Entrepreneurship meets live music’ held in December 2018. Despite being in the U.S.A, Autarchii still supports initiatives to uplift the community back home and uses his skills to leverage resources needed for the various programmes. He says technology plays an integral part of strategizing when he’s away and when he visits Jamaica he engages in direct consultations with the team.

Autarchii and his team will be embarking on a major campaign based on his soon to be launched song dubbed ‘Youth Today’ which is being produced by Slimmah Sound in the Netherlands. Essentially, the campaign is geared towards encouraging the youth to have morals, to be of proper upbringing, to be educated and to live in love and unity. Studio Dan, whose aim is to eradicate illiteracy from Jamaica, will be one of the major collaborators and Life Yard will also be on board. He noted that there will also be a series of breakfast programmes for youngsters in various ghettos across Jamaica.
We hope you have been inspired to use your chosen field, whatever it might be, to uplift those who are most vulnerable either in the diaspora as well as in your birth country. To whom much is given much is expected, and Autarchii at his young age has set an inspiring example from which we can work individually and collectively towards the advancement of our people. Check out more about this young radical Reggae Artiste at: http://www.autarchii.com/.